Showing posts from January, 2022
Show All

Tiger pulls car backwards with its teeth clamped on the bumper 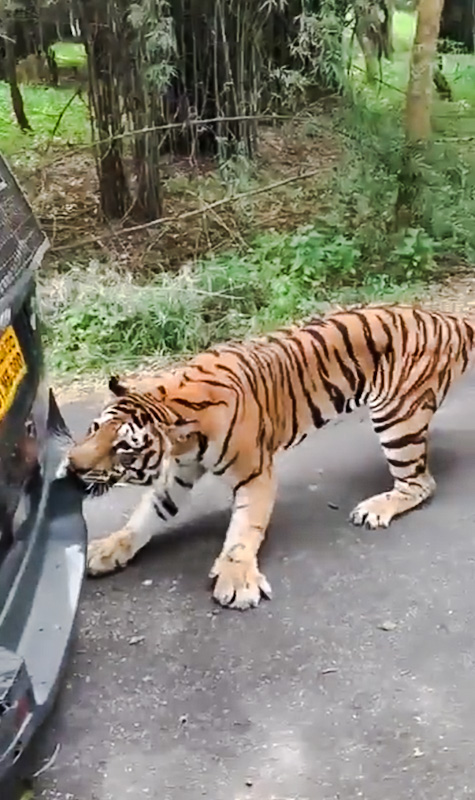 Sometimes people ask about the strength of the tiger. Their strength is legendary. This video on Twitter kind of proves it. However, they can do far more impressive things than this. They will move the carcasses of enormous animals over quite considerable distances before hiding them or finding a quiet place  to stash them for consumption at a later date. Tiger pulls car backwards with its teeth clamped on the bumper. Screenshot. Tigers take their prey into cover before beginning to eat. There are many stories about the tiger's amazing ability to move a carcass that is several times heavier than itself. One tiger in Myanmar (formerly Burma) dragged a gaur bull weighing 770 kg although 13 men were unable to move the carcass a yard!  Several other records confirm the tiger's strength in dragging away large carcasses. One tiger reportedly carried a full-grown horse 500 m. Another tiger carried an adult heifer up a 12-foot-high embankment. Going around #Signal like wildfire. Appar
Post a Comment
Read more
More posts