Showing posts from November, 2022
Show All

INFOGRAPHIC on why tiger populations are falling

I hope that this infographic nicely summarises the reasons in 2022 for the continual decline in tiger populations and why this precious, iconic wild cat remains vulnerable. They say that the Bengal tiger population is roughly stable but overall, there is downward pressure on tiger numbers when taking together all the species of tiger.  The IUCN (the experts) say that the population is decreasing and in a demonstration of their inefficiencies they have a typo in the population section in saying that the tiger population is: 2,608-3905,3140. Go figure that 😉. The minimum is 2,608 I guess and the maximum - well you guess. Probably 3,905 or 3,140. I think the latter is more accurate, but humankind does not really know the number of tigers left on the planet because we don't care enough. I won't add many words at the moment as the infographic tells the story succinctly, I believe. It is quite a complicated problem, but the underlying reason is simple, starkly simple. Humans are kil
Post a Comment
Read more

Is the tiger the largest hunter of any kind to stalk the earth? 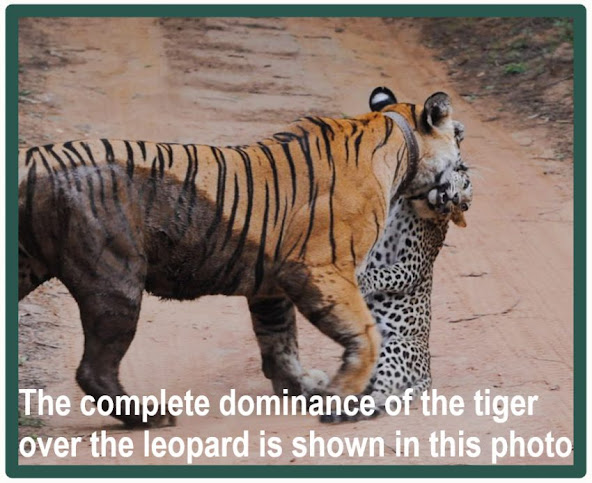 Yes, the tiger is the largest hunter of any kind to stalk the earth today . And of all the tiger species, the largest is the Siberian because they have evolved in the cold Far East of Russia where size matters in order to maintain body temperature. The tiger is the largest member of the cat family, and its immense power enables it to kill almost any kind of hooved animal up to large wild cattle. The difference in size between the tiger and the leopard and the subservience of the leopard to the tiger is dramatically shown in this excellent photograph. And note that the tiger regards the common leopard as a prey animal. There is no 'cat agreement' to leave each alone. When hunting the final dash has to be relatively short because of the tiger's immense weight. The tiger can maintain top speed for around 30 metres.  It delivers a massive blow with its front paw to knock the animal down except for the very large prey animals. Once down the tiger grabs the animal in its front cl
Post a Comment
Read more

Tiger reserves in India where you are 'guaranteed' to see a tiger! 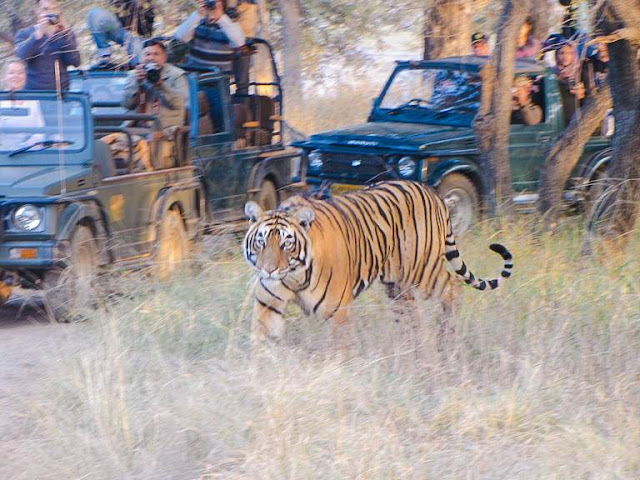 Ranthambore National Park, Rajasthan appears to be the best Bengal tiger reserve in India where you are most likely to see a Bengal tiger (guaranteed!?). It is recommended by 98% of clients I am told. However, please do your own research. This is an important topic for some as a holiday to see a tiger in India is going to be expensive. Tiger in reserve. Image: Twitter. If you travel thousands of miles to see a Bengal tiger in one of India's well-known tiger reserves, you don't want to leave empty handed. It can happen. The people who run the reserves normally can't guarantee that you'll see a tiger. I can remember one reserve at one time having no tigers! I doubt they told visitors! The Times of India has optimistically and with, perhaps, over-confidence listed the tiger reserves where you are guaranteed to see a tiger in descending order of the quality of the guarantee! Here they are: Kanha National Park, Madhya Pradesh Bandhavgarh National Park, Madhya Pradesh Rantham
Post a Comment
Location: Ranthambore National Park, Rajasthan, India
Read more
More posts